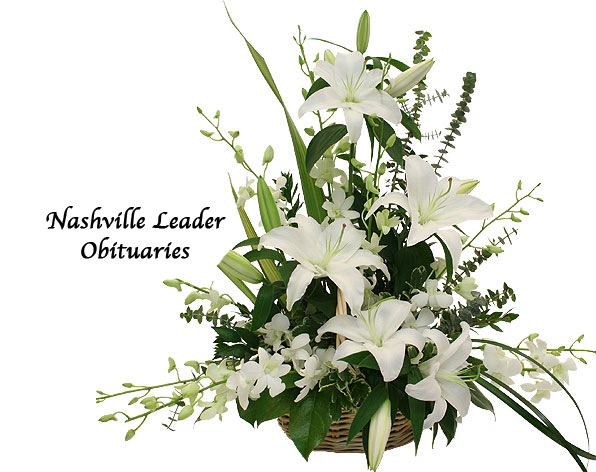 He was born June 15, 1945, in Ozan. He was retired from Wadley Regional Medical Center and was a Baptist.

No funeral services are scheduled.

Arrangements are pending with Latimer Funeral Home of Nashville.

He was the son of Pauline McCullough of Newhope, Ark., and the late J.D. McCullough.

In addition to 13 years of retail pharmacy, Rick worked in pharmaceutical sales for 14 years, after which he worked in pharmacy contracting for Novation/VHA Hospitals and HealthTrust Purchasing Group/HCA for 13 years. In addition to his love for music, he was an audiophile enthusiast. Rick was an Arkansan through and through, enjoying trout fishing on the White River in Flippin, Ark., as well as being an avid Razorback fan. Rick will be remembered as a loving husband, son, cherished friend and proud father who adored his children, granddaughter and family.

A graveside service will be conducted by Wilkerson Funeral Home on Friday, April 1, 2:00 p.m. at Biggs Chapel Cemetery near Nashville, Ark.

He was preceded in death by his parents, and four sisters, Glinda Gilmer, Floyce Jones, Jessie Watkins, and Sue Jones.

Harrison graduated from Murfreesboro High School in 1947 and attended business college in Little Rock. He and Mary Alice married in June 1949, and eventually settled in Grand Prairie, Texas, where he was employed by General Motors until his retirement in 1984. After retiring, they moved back to Murfreesboro to enjoy over 30 years of retirement. He was a member of the First Baptist Church in Murfreesboro where he served as a deacon and church treasurer for many years. He was instrumental in forming the Pike County Archives and History Society where he served as its President and Vice-President. He was a 32nd Degree Mason.

A special “Thank You” to Sunni, Candy, and Sadie, the hospice nurses with Ouachita Regional Hospital, who cared for him these past two months.

He was a faithful husband, loving father, grandfather, and great grandfather, devoted brother, and caring friend to all who knew him. He will be greatly missed.

Memorials may be made to the Hickory Grove Cemetery Fund, in care of Kathy Donihoo P.O. Box 60 Murfreesboro, AR 71958; the Lottie Moon Missionary Fund or the Operation Christmas Child Fund at the First Baptist Church in Murfreesboro.

J.R. Lyons drew his last breath on this earth on March 26, 2016. He was released from the cruel shackles of the many illnesses that had bound him for far too many years.

We, his family and many friends are thankful that he is free, whole, and well at last.

J.R. Lyons was born in Howard County, Ark., on July 4, 1939 to Hortense Lecroix Sword Lyons who was 17 and Lester Reed Lyons, 26. He was raised by his parents and his widowed grandmother, Sally Juanita Price Sword. He had many happy memories of his grandmother and her antics on the farm.

J.R. left home at 17 after graduation from Nashville High School, and joined the Air Force with his parents’ written permission. He shared many stories with his family and friends of his military experiences that never failed to entertain his audience.

When his father became ill, J.R. asked to be discharged from the military so he could assist in his care. Lester Reed Lyons died at age 54 in 1965 of brain cancer. His mother passed away in 1992.

J.R. decided to continue with his education and moved to Texarkana where he sought work in computer science and was hired as a computer operator at the State First National Bank. He enrolled in the local college and enjoyed the classes and the interaction with the other students. One day while he was visiting with friends in the college library, he saw a girl that he recognized and said to her: “Say, aren’t you old Stevie Tollett’s sister?”

She looked at him and said: “Why, yes I am.” What she saw were the most beautiful blue eyes she had ever seen. They were married on Aug. 5, 1968, which fell on Cordelia’s birthday. J.R. said he figured he could kill 2 birds with 1 stone!

In 1970 another baby came along, Gia Cordelia Lyons, and then in 1972, Shannon Lia Lyons was born, completing the family of four beautiful girls.

J.R. said that he had never intended to get married and planned to remain a bachelor. His plans were changed and he was amazed up until the day he died that he was blessed with such a wonderful, loving family of four daughters with kind and good sons-in-law; nine grandchildren and seven great-grandchildren. He loved his family with his whole heart and never stopped bragging on them.

Many years ago J.R. made the decision to donate his body to Genesis, the Medical Education and Research Institute in Memphis, Tenn. We honored his wishes, and a memorial service will be held in Nashville, Ark., sometime this summer.

He was born Oct. 21, 1936 in Fouke, Ark., to the late Roy S. and Delphine Bryant Cates. He was a US Army veteran, and was owner-operator of Nashville Upholstery for 40 years. he was a past Worshipful Master of Pleasant Valley Lodge #30 in Nashville.

Survivors include: sons Larry Cates and wife, Elizabeth, of Mena, and Johnny Cates of Ashdown; a  sister, Freda Tweedle of Fouke; also grandchildren.

Graveside service will be Wednesday, March 30, 2016 at 2:00 p.m. at the Cates Cemetery at Shady, Ark. Burial will follow under the direction of the Beasley-Wood Funeral Home.

She was born Aug. 13, 1928 in Ben Lomond, Ark., to the late Edison Dale and Bernice Gertrude Fawcett Sutton. She was a homemaker and a retired kindergarten teacher with the Ashdown School System. She had taught kindergarten children for several years, also starting her own private kindergarten, and dearly loved children. She played the piano, computer games, and card games. Spending time with her family, especially her grandchildren and great-grandchildren was very important to her. After her husband passed away, she loved volunteering and cooking at the local senior citizen’s center for over ten years. She was a faithful member of the Church of Christ, and was a true Christian lady.

Preceding her in death was her husband, Clee Needham in 2002.

Graveside services were Friday, March 18, 2016 at 3 p.m. at Ben Lomond Cemetery with Glenn Lance officiating. The family received friends at Nashville Funeral Home on Thursday night from 6 to 8. You may send the family an online sympathy message to http://www.nashvillefh.com/.

He was a Baptist and a veteran of the US Army.

He was preceded in death by two brothers, R.A. and Banks Dowdy.