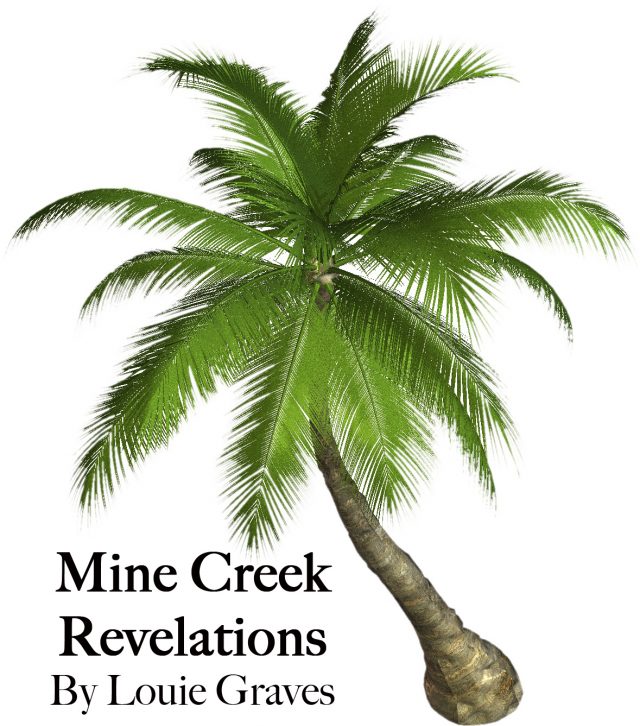 OUR GOOD CITIZENS. It wasn’t just for the recipients’ service in 2015 that our community’s top citizenship awards were presented, Monday night at the annual chamber of commerce banquet. In practically every case, the recognition was for decades of service to fellow man, and in the formation of newer generations.

This newspaper joins the whole community in a sincere salute to:

Man of the Year — Don Fletcher.

Woman of the Year — Joan McCrary.

Barry Wright was typically modest when he said he knew of many other persons who were more deserving of the Lifetime Achievement Award. We don’t, Barry.

And the infectious smile of the late Clyde Keaster is still in our eyes. It’s possible that his good nature had an effect on his customers equal to the prescriptions he filled for more than a half-century at Nashville Drug.

Congratulations to the winners of new and remodeled building awards for your obvious contributions to the appearance and vigor of our community: Howard Memorial Hospital and Compass Geriatric Behavioral Center, and Cost Plus Food Outlet.

Thank you for your service during your chamber presidential year, Ouida Terrell, and good luck to new president Noelle Couch. Thanks to the citizens who serve on the chamber board. We note that Bill Moorer, Shirley Hamilton Chalker and Lynn Hendry all completed their terms and did not seek re-election. We are not brave enough to mention how many decades of service Shirley has in the business community. Thanks to chamber executive director Mike Reese for a job well done.

And it was a nice touch to have the state championship theme for the chamber banquet. We are so proud of our state fair youth livestock winners; our cheerleaders; our outstanding teacher of the year finalist — Brenda Galliher — and Coach Mike Volarvich and his assistants and the by-golly-unbeaten state champion Scrapper football team. We must tell the youngsters on this team that excellence in Scrapper football goes back a century.

THE GOOD EARTH. Maybe; maybe not.

About five years ago I planted an old-fashioned plant called Flowering Quince. I liked the early red blooms. No matter where it was planted — town or country, north or south, it had a problem. Due to some kind of fungus, its leaves dropped off soon after emerging. It still bloomed at this time of year. The plant was supposed to be very hardy and, as a matter of fact, Flowering Quince can still be found frequently (leafless but blooming in February) at old homesites and in cemeteries.

But mine died. This year it has no leaves, no red blooms. Maybe last year’s summer heat/drought killed it. And right beside it in my landscaping is a one-year-old Mahonica (or, Oregon Grape) which is another old-fashioned landscape plant. It has died. Surely those plants didn’t expect to get watered occasionally last August.

I’m hoping you can come up with someone whom I can REASONABLY blame.

BE MINE. Valentine’s Day, Feb. 14, falls on Sunday this year. Nashville’s 41st Postmaster, Sandy Clark, says that if you want to make sure your Valentine is delivered locally on Saturday, you should put it in the mail on Friday.

I’m not going to warn you about this again.

I HEART TEXAS. Inmates in the Texas prison system who identify themselves as ‘transgender’ can now get hormone treatments to facilitate their sex change. I don’t know much about the constitutional rights of transgender inmates, but I bet I know who is paying for all this, and Tex ain’t happy.

What if one of the little darlings decides he/she wants to transfer to a prison which houses inmates of the (formerly) other sex?

FOR ART’S SAKE. When he was a young man, Michelangelo hammered and chiseled and coaxed so many statues out of hard stone that in later life his hands were swollen and in perpetual pain. He suffered from what we now know as ‘osteoarthritis.’ His affliction has been discovered by experts who examined his paintings closely and were apparently able to detect tiny changes in style over the years. They were also able to catch subtle tell-tale clues in his hands in paintings of him by other artists of the day.

Still, he was able to paint masterpieces such as the Sistine Chapel by mentally overcoming the pain in his hands.

Later in life, he couldn’t write letters and would have friends write for him. He would merely attach his signature to the letters.

And still he worked. He was seen hammering stone up until three weeks before his death at age 89. That was Feb, 18, 1564, and ‘they’ didn’t know much about osteoarthritis then.

HE SAID: “The whole difference between construction and creation is exactly this: that a thing constructed can only be loved after it is constructed; but a thing created is loved before it exists.” CHARLES DICKENS, author

SHE SAID: “Every great dream begins with a dreamer. Always remember, you have within you the strength, the patience, and the passion to reach for the stars to change the world.” HARRIET TUBMAN, abolitionist