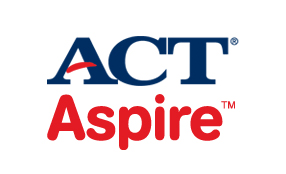 For the third time in three years, students in Nashville and throughout Arkansas are preparing for a new standardized test to be administered during the spring semester.

Arkansas moved from the Arkansas Benchmark exams to PARCC testing to ACT and ACT Aspire.

The Benchmarks were given for years until Arkansas joined PARCC, a consortium of states which developed a test based on Common Core State Standards.

In preparation for the new round of testing, the Nashville District is taking “the same steps from last year when we gave PARCC online. It’s the same now with Aspire,” Kell said. “It’s better this year. We’re somewhat familiar with the steps it takes.”

The district is “still working on Common Core State Standards. They’re what teachers are using to prepare kids for the test and the knowledge they need to acquire. Instruction is guided by state standards,” Kell said.

All Nashville High School juniors will take the ACT March 1. From there, the testing pace will pick up throughout the district.

The Iowa Basic Skills test for first and second graders at primary school will begin April 4.

The testing window for Aspire on the district’s other campuses will be April 11-May 13.

At elementary, the test will be given to fourth, fifth and sixth graders between April 20 and May 2.

Junior high will test between May 2 and 13.

Testing will be done online, Kell said. Teachers are working with students to prepare them for the exams, including online administering.

“We encourage parents to have kids at school on test days,” Kell said. Please don’t make appointments on test days. We ask you to work with us.”