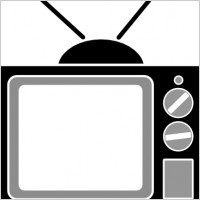 Remaining funds from KJEP Television have been divided among the five churches which were broadcasting their services when the station left the air Sept. 15.

KJEP had about $45,000 in its account after board members made sure that all bills were paid, according to board president Mark Cassady.

“We wanted to make sure there were no unexpected bills, and debts had been taken care of. We didn’t want any surprises,” Cassady said.

Each church received a check for $9,000, Cassady said. “Since the churches are where a lot of our support came from, it was appropriate to give the money back to them.”

Cassady said the churches were asked to “use as much as they can in their media ministries to get their services to people who watched KJEP. This might be purchasing new equipment, upgrading existing equipment, starting a radio program – any way to get their program to the public.”

KJEP’s equipment was given to station manager Mike Aylett, who continues to record various events for websites.

The Federal Communications Commission required the station to convert to digital broadcasting Sept. 15. “With a declining audience because TV viewers are switching to satellite, we didn’t think the money to go digital was a good investment,” Cassady said.

The KJEP board voted unanimously last summer to shut the station down.

When the station began, viewers could watch on a number of cable systems in southwest Arkansas, Cassady said. However, many of the cable systems which once carried KJEP no longer exist, and more customers are choosing satellite, according to Cassady.

The result was a smaller number of viewers for KJEP. That decline in viewership and the requirement to convert to digital were cited as the reasons for the board’s decision to close the station, Cassady said.

The station’s finances were stable, according to Cassady, and board members thought the station could obtain the funds for the digital switch. However, “We also believe we should make sure changing technology has not made us obsolete before we spend this money.”

KJEP began 25 years ago. Etheline Westbrook had the original vision for the station and secured a permit, Cassady said. She discussed the idea of a local station with Glen Power, “who got the station started – the building, the transmitter, he got things going.”

The station’s purpose was “to provide a way for local churches to broadcast their services. The station also showed local events like football games, Stand Up for America, Chamber of Commerce banquets, parades and other programs,” Cassady said.

“We hope that local events will continue to be recorded and put on church websites and other websites,” Cassady said.