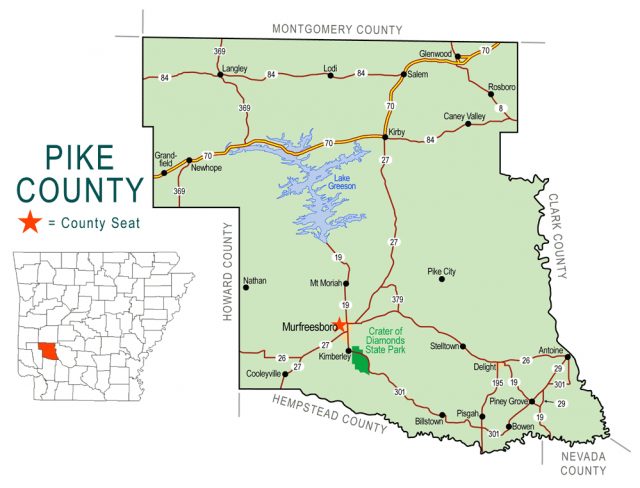 A $1.1 million federal grant has been approved to help pay for water and sewer needs relating to the expected re-opening of the sawmill in Glenwood, a Pike County official said Monday.

Pike County Justice of the Peace Johnny Plyler of Glenwood told The Nashville Leader the grant, which is a 70-30 split grant, was approved last week and that the state of Arkansas has kicked in in $333,000 to help pay off the 30 percent side of the grant.

Plyler said the grant centers around providing a 14-inch water main at the sawmill and a three-inch sewer main both connected to the city of Glenwood’s system. The grant is also expected to help pay for a turning lane on Highway 8 at the plant’s entrance. Plyler said he is unclear whether the $1.1 million will be enough to complete all the needed projects.

“This thing is moving right along,” Plyler said about the expectations of having the mill open again in northern Pike County.

Caddo River LLC of Texas, doing business as Caddo River Forrest Products and made up of at least four Texas investors, recently purchased the former Bean Lumber sawmill from Caterpillar Financial Services. The mill closed in 2007 but restarted in 2008 before financial troubles soon forced another shutdown.

Bean Lumber was once Pike County’s largest employers. The mill employed more than 125 workers and created hundreds of jobs for area logging companies and contractors.

Caddo River Forrest Products announced in December it had purchased the mill, but has yet set a start-up date other than to state “operations are anticipated to scale up in 2016.”

Plyler said another “move on foot” will be the city of Glenwood and Pike County looking at possibly sponsoring a $50 million municipal bond for the mill. Plyler said that right now he is unsure of how the municipal bond process works and just what obligations are involved.

“This is just another thing we’re looking at to try and get the mill up and running again,” he added.

Plyler said he expects to discuss a possible tax abatement program for the mill at the next Pike County Quorum Court meeting. The abatement incentive would make the mill exempt from paying sales taxes within the county.

An issue with a massive pile of ash located on the property is also in the works to be resolved. The ash pile covers two to three acres and is two to three stories high. The material, which is a wood waste byproduct considered to be non-toxic, involved an application for a “brownfield” status with the ADEQ. Plyler said the ash pile was not part of the purchase and remains under Caterpillar’s ownership.

Caterpillar should be recognized for maintaining the mill and being good stewards of the property, Plyler said.

“Caterpillar is a friend of the county,” he said. “They could have made more money scrapping the plant and walking away than they did selling it.”

Plyler said he is hopeful that the railroad line will also someday re-open, creating more opportunities for jobs and progress.

Plyler added that it is his understanding that once the mill re-opens it will run one shift a day at first and employ 80 to 100 people in the mill.