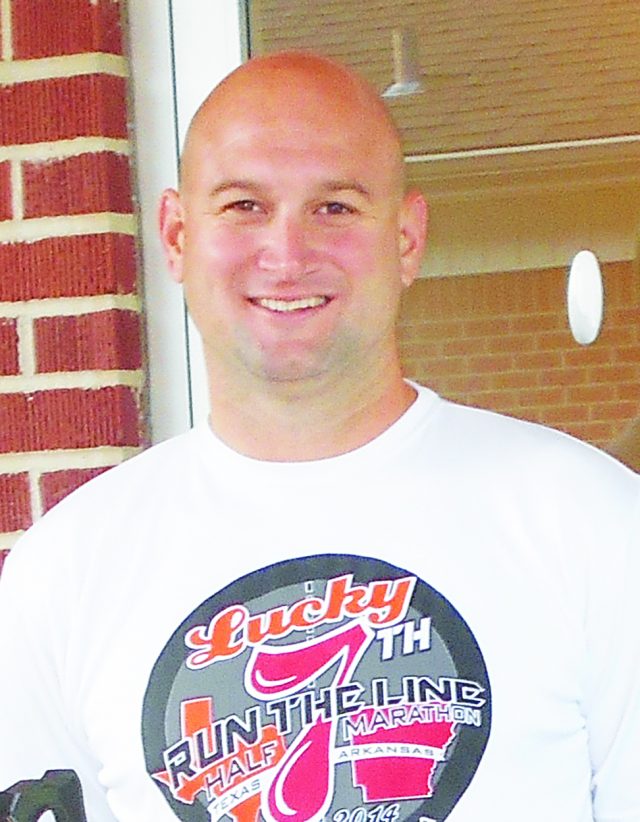 The winner of the 2015 Fireman of the Year award for the Nashville VFD is one of the newer members who has obviously impressed his peers.

No one is nominated; fireman get a blank piece of paper and write down the name of the person they feel deserves the award the most for the preceding 12 months. The forms are handed in, counted, and the name mentioned the most is the winner.

Westfall works at Tyson Foods. He and his wife, Regina, have three children and one on the way, according to fire chief Jerry Harwell.

It’s not easy to become a member of the volunteer department which was founded in 1924 and has served continuously. New members are voted in as vacancies become open. One veteran explains that the tradition means VFD aspirants must “lobby” active fireman and get to know them. The department is limited to 21 members, and that number was only increased by four members about 15 years ago when several new vehicles were added to the department.

Jerry Harwell is the city’s fire marshal and is also the fire chief.

Since the Fireman of the Year Award was started, winners have been: