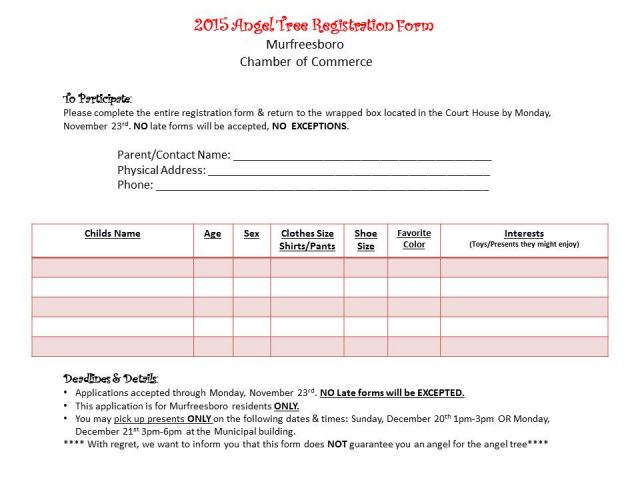 The Murfreesboro Chamber of Commerce’s Angel Tree project is underway and forms can be picked up now at the Murfreesboro City Hall and the lobby of the Pike County Courthouse.

For those looking to adopt an angel, the angels will be up in Murfreesboro at the following locations: Cash Savers, the Pike County Courthouse lobby and Murfreesboro City Hall on Tuesday, Nov. 24.

Angel presents can be turned in to the Murfreesboro mayor’s office no later than Thursday, Dec. 17.

The form can be printed from below.