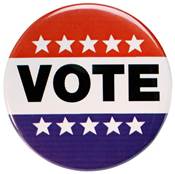 Howard County Democrats suffered a heavy lick, in the past week, when 11 local, incumbent, elected officials “flipped” affiliation either to the Republican party or Independent when filing for re-election.

The flips resulted in only a few contested races, however.

Among those changing party affiliation or becoming independent were the Howard County judge, sheriff, treasurer and coroner; one newcomer to county office — county clerk; three members of the Howard County Quorum Court; and three Nashville aldermen.

In all, 13 candidates filed as Democrats; 12 as Republicans; and four as Independents in the filing period which ended Monday. The Preferential Primary Election for each party is in March of 2016

Two Democratic Party officials filed for the office of constable in townships. Alberta Motta (D) is seeking the office for Township 1; David E. Ray (D) and Andrew McCauley (R) are candidates for Township 3.

Nashville is the only municipality in the county in which city council candidates run as party candidates.

Four incumbent Nashville aldermen either “flipped” from Democrat to Republican or filed for the first time as a Republican. They are Matt Smith, Ward 1 Position1; Joe Hoen, W1 P2; Donna Harwell, W21 P1; and Carol Mitchell, W5 P2. None have opposition.

The closing of the filing period Monday in Pike County bought about a common occurrence – a contested race for the office of sheriff and collector.

Pike County Sheriff Charlie, 62, of Glenwood, who is seeking his sixth two-year term, filed for re-election as a Democrat. His opponent will be Roger “Bimbo” Flemens, 62, of Newhope, who filed as a Republican.

Pike County’s only other contested race is for the unpaid position of Mountain Township Constable. Incumbent Wade Coffman (D) will face Chris Thompson (D) on the upcoming ballot.