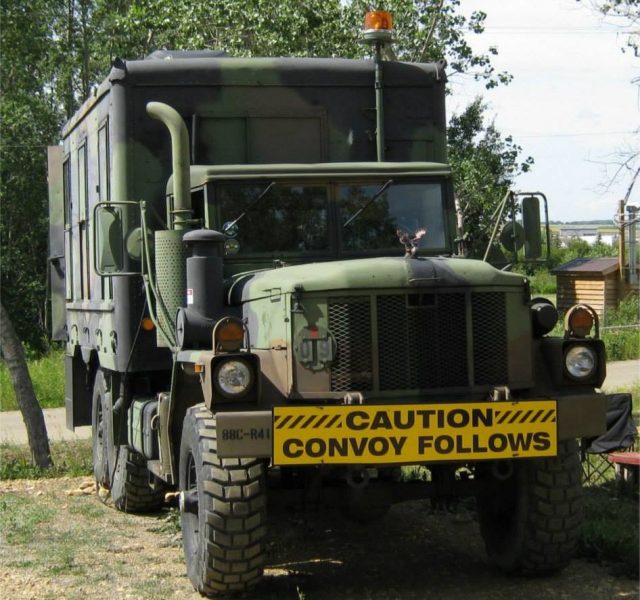 Students from both campuses of the South Pike County School District will gather on the empty lot next to Cash Savers Friday, Oct. 2 morning to watch the military convoy and then host a community-wide pep rally, according to Elementary Principal Tanya Wilcher.

The military convoy will arrive in Murfreesboro via Highway 27 from Kirby. The school district will be notified when the convoy is the Kirby area and will then begin loading buses.

The public is invited to watch the convoy and participate in the pep rally.

The military convoy is being presented by the Military Vehicle Preservation Association and is currently retracing a historic 1920 route along the former Bankhead Highway.

The MVPA Bankhead Convoy is expected to arrive in Murfreesboro between 9:30 and 10:30 a.m. and will then travel on to Nashville where it’s route will include Main Street before turning toward Ozan on Highway 278. Also on the route are Washington, Fulton and Texarkana.

The BH-15 convoy is expected to move at “a slow pace, in parade form” through the cities.

The city of Murfreesboro has issued an invitation to all area veterans to meet at the pavilion on the Pike County Courthouse square to watch the convoy, which will include dozens of privately-owned historic military motorcycles, jeeps and large cargo trucks from all eras as well as numerous civilian support vehicles.

The convoy is celebrating the 95th anniversary of the 1920 run and launched from Washington, D.C. on Sept. 19. The convoy is expected to arrive some 3,330 miles later in San Diego, Calif., on Oct. 17.

The convoy is retracing the original 1920 Transcontinental Motor Convoy route.  In 1920, the U.S. Army decided to plan and execute a motor convoy of various military vehicles across the country on the newly-formed Bankhead Highway. This convoy was a follow-on project to the 1919 U.S. Army Transcontinental Motor Convoy, the first-ever convoy across the U.S. along the Lincoln Highway. The 1920 route also began in Washington, D.C. and concluded in San Diego.

At that time, the Army was “determined to further its understanding of the practicality of motorized transports and its place in the Army.” The convoy was commanded by Col. John F. Franklin, according to a MVPA press release.

The BH-15 Convoy is the fourth such large scale convoy of historic military vehicles conducted by the MVPA. The group conducted similar convoys in 1992 through Alberta, British Columbia, the Yukon Territory and Alaska; in 2009 retracing the 1919 route for 3,600 miles and in 2012 during the 70th anniversary of the Alaska Highway with a 4,100-mile jaunt.

The group’s website (mvpa.org) states MVPA is an “organization with its mission to provide an international organization for military vehicle enthusiasts, historians, preservationists and collectors interested in the acquisition, restoration, preservation, safe operation and public education of historic military transport.”