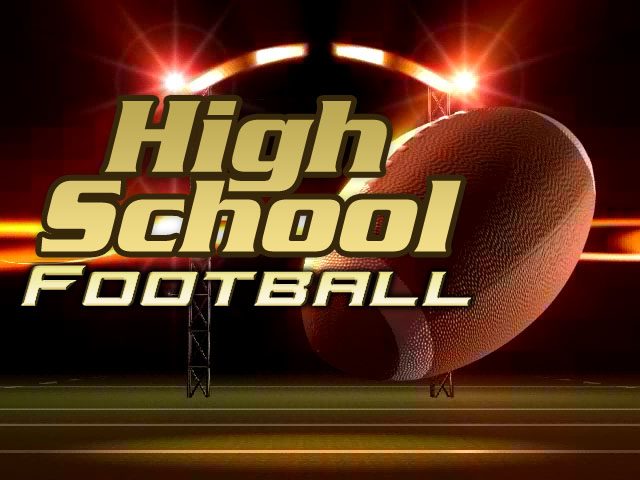 All of the scoring came in the first half Friday night as the Nashville Scrappers defeated Fountain Lake 13-12 at Scrapper Stadium.

The Scrappers fell behind early but came back to earn the District 7-4A win.

“It was a good game,” Coach Mike Volarvich said. “All the credit to the Fountain Lake kids and coaching staff. They came over here ready to play.”

With the score standing at 13-12 Nashville at halftime, “Both defenses stepped up in the second half. I’m proud of the way our defense played. We held Fountain Lake to 12 points and 100 yards rushing. They’ve been averaging over 50 points a game. They had been able to run the ball at will. I’m proud of our execution.”

Ashton Nelson led the Scrapper defense with 12 tackles and a fumble recovery, Volarvich said. “He did a good job running to the ball.”

Sophomore Trent Harris “did a good job with 4 carries, and he had the [final] TD that won the game. He made some really good runs at the end and ran for 2 key first downs that helped ice the game.”

The night began with a 95-yard scoring pass from Fountain Lake. With the PAT, the Cobras held a 7-0 lead.

The Scrappers responded with a 9-yard TD run by Darius Hopkins. Sergio Pacheco’s PAT was no good, and Fountain Lake was ahead 7-6.

A safety late in the first quarter put the Cobras on top 9-6.

Harris scored on a 23-yard run in the second quarter. Pacheco kicked the PAT to put the Scrappers up 13-6.

The Cobras hit a 20-yard field goal as the first half ended to make the score 13-12, the eventual final.

Hopkins was the leading rusher for the Scrappers with 15 carries for 79 yards and a touchdown.

Trey Hughes had 7 catches for 63 yards. The Scrappers lost six yards on another reception.

A host of Scrapper defenders helped control the Cobra offensive attack, led by Nelson with 7 tackles and 5 assists. Terell Grundy had 7 tackles, 2 sacks and 2 tackles for losses. Troy Thomas had 4 tackles, an assist and a TFL.

Nelson recovered a Cobra fumble, and Armstrong recorded an interception.

The Scrappers had 14 first downs to 8 from Fountain Lake.

Nashville lost a fumble; the Cobras threw an interception.

The Scrappers were penalized 5 times for 35 yards. Fountain Lake had 6 penalties for 55 yards.

“I’m proud of the way our guys played,” Volarvich said. “We overcame some adversity. We’ve been down against Fountain Lake, Arkadelphia and Watson Chapel and came back. The kids have shown great resiliency.”

The Bulldogs are winless on the season, but Volarvich said they “do some good things. They run a triple option offense. This will have us facing unconventional offenses for two weeks in a row. You can get in trouble if you aren’t careful. Everybody has to play his assignment and tackle who he’s supposed to tackle.”

The Dierks Outlaw offense found its groove Friday night and hung a 43-10 win on the Foreman Gators.

The win moves the Outlaws to 3-2 on the season and 1-2 in conference play. The Gators, who opened the season with a 17-14 win over Genoa Central, have dropped their last four games.

The Outlaws will host the winless Mineral Springs Hornets Friday night. Kick-off is set for 7:00 at Ayers Field.

The Gators will travel to Lafayette County to face the undefeated Cougars.

Dierks’ offense racked up 448 total yards. Quarterback Jake Green led the charge by hitting 12 of 18 passes for 198 and three touchdowns and also rushing nine times for 67 yards and two TDs. Workhorse Trendin McKinney added 19 yards and one TD on 16 carries and Brayden Kirby carried twice for 20 yards and a TD.

Outlaw receivers were led by Tyler Kesterson with six catches for 111 yards and one TD and Lane Woodruff with four catches for 80 yards and two TDs.

The entire Outlaws defense got their hands on the Foreman ball carriers at some point with Humphreys, Payton Frachiseur and Aaron Kesterson registering the most stops. Tyler Kesterson collected an interception for the Outlaws.

Foreman’s only points of the first half came when their place kicker hit a field goal from 42 yards out.

Green fired back up the scoring in the second quarter, capping a drive from 28 yards out and Woodruff adding the extra-point kick with 10:40 left in the half. Kirby kept the fire burning with a 14-yard TD to close out the Outlaws’ first-half scoring.

Foreman posted their final points of the night in the third quarter with an 80-yard touchdown return and an extra-point kick.

Dierks’ final points came in the third period. Green hit Woodruff for a 30-yard TD reception with 4:35 left in the quarter and then Green found Tyler Kesterson for a 20-yard TD pass with 2:05 left in the third.

Neither team posted any points in the final quarter.

MI Lions too much for Rattlers

A last-shot pass as the game clock expired accounted for all the points the Murfreesboro Rattler offense could muster against the undefeated Mount Ida Lions Friday night in Mount Ida.

The 42-6 loss dropped the Rattlers to 1-4 on the season and left the Lions untouched atop the 7-2A standings.

Murfreesboro will get another test Friday when they host the Gurdon Go-Devils, who stumbled to open the season with three straight losses (Prescott, Smackover and Glen Rose) but have righted the ship when it counted most with consecutive conference wins over Dierks (32-13) and Mineral Springs (38-22).

Kick-off on Holloway Field at Rattler Stadium Friday night is set for 7:00.

The MI Lions travel to Spring Hill Friday to face the 4-1 Bears.

The MI Lions, who have former Rattler standout Ethan Crocker on their sideline as an assistant coach, kept Murfreesboro out of the end zone until the final seconds of the game when back-up quarterback J.C. Motley’s high pass found back-up receiver Jack Stuard for a 38-yard TD score. The game clock sounded as the ball was in the air and due to the “mercy rule” running the clock, the Rattlers were not allowed to go for the extra point and had to settle for the 42-6 final.

Leading the Rattler receivers was Stuard, who pulled in the last-chance TD pass from Motley and another catch for a 44-yard total. Tyler Gilbert added five catches for 41 yards. Gardner had two catches for 29 yards and Cameron Snowden had four catches for 27 yards. Others making receptions were Troy Stone and Jared Lingo.

The Lions’ offense was steered by quarterback T.J. Wilson, who hit two of three passes for 61 yards and one touchdown and rushed five times for 37 yards. Cody Robertson led the Lion rushing game with 10 carries for 104 yards and one TD and Jesse Lowry had six carries for 48 yards and two TDs.

Anthony Spurling caught the Lions’ only TD pass of the night, a 49-yarder in the first quarter.

Mount Ida scored three more times in the first half. Lowry rushed in from eight yards; Caleb Jones scored from nine yards out; and Robertson took a Rattler interception 23 yards for the Lions’ final score of the game.

Mineral Springs showed improvement and some promise in a losing effort at Gurdon, last Friday.

Hornet coach Jason Burns said his team played ‘really well’ in the second half. “We shot ourselves in the foot, and we got some bad breaks.”

The second half offensive effort of the team pleased the coach.”We fought hard and ran the ball well.” MS rushed for 256 yards behind the 17 carry effort of Trey Lacy who gained 105 yards and scored two touchdowns.

The Hornets are still looking for their first win of the season, and things won’t get easier Friday when they travel to “The Hollow” at Dierks to play their rivals, the Outlaws.

The Hornets lost soph lineman Bud Hill to a knee injury, Friday, otherwise the team is healthy for their rivalry game.