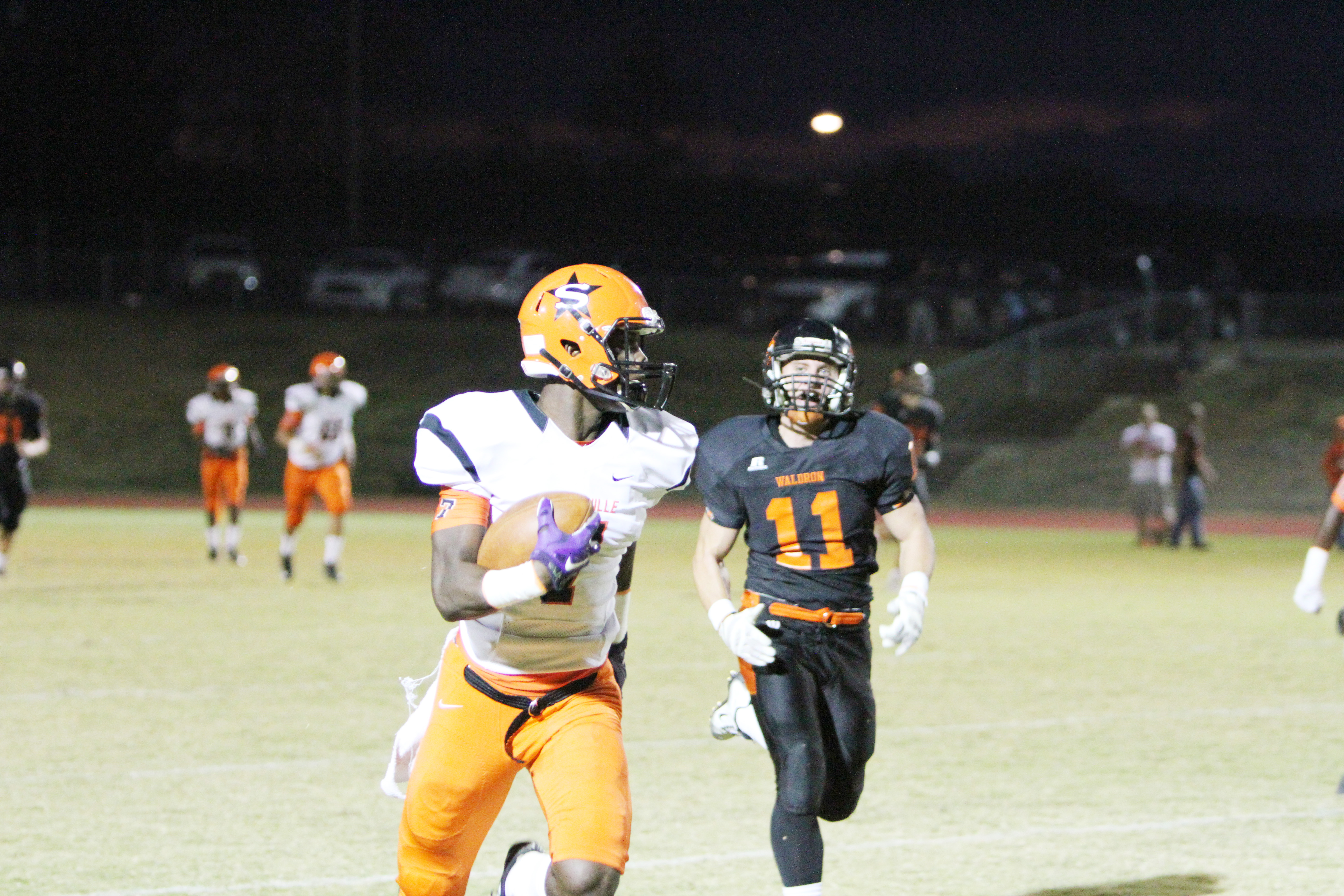 Friday night the Nashville Scrapper Football Team went on the road to Waldron and cruised to an easy 69-7 victory over the Bulldogs.
Within the first five minutes of the game it looked to be over. Nashville was able to score 14 points in less than five minutes with an 18 yard touchdown run from quarterback Leonard Snell at the ten and a half minute mark and an 11 yard touchdown run from running back Trent Harris at the 7:07 mark in the first quarter. But Nashville was not done yet. Two more touchdowns were had by the Scrappers in the first quarter with a 90 yard touchdown pass to Trey Hughes and then another touchdown run from Harris with this one being from 30 yards out to bring the score to 28-0.
Mere seconds into the second quarter Harris was able to drive in a touchdown from eight yards out. This brought the score to 35-0 and the Sportsmanship Rule then started and the clock never stopped running for the rest of the game. Snell was the next Scrapper to add to the score after a 13 yard touchdown run. Within the second quarter the starting lineup of the Scrappers were taken out and substituted for the backup players. Darius Hopkins stayed in the game long enough to get one score with a one yard goal line run with time expiring in the first half of play. But as it looked like the score would be 48-0, the Scrappers got the ball back with under a minute left on the clock. With the clock running towards zero, sophomore running back Davion Holmes found a hole and took off for a 58 yard touchdown. At the half the score was 55-0.
With most of the substitutes in for the Scrappers the scoring calmed down for Nashville in the third and fourth quarters. In the third quarter with five minutes left Nashville got one of its only two touchdowns in the half from De’Ajeon Armstrong on a 55 yard touchdown pass from backup quarterback Gabe Moorer. Nashville went into the final quarter of play with a 62-0 lead over the Bulldogs. But that did not last as Holmes was able to get one more rushing touchdown and Waldron got its only points of the game on a 31 yard touchdown run to spoil the shutout. “I think we did some good things, we were able to play every player on the sidelines and I was happy for that. We had some guys who had not played a whole lot get in and do some good things and I was happy to see those guys get in and play,” said Scrapper Head Coach Mike Volarvich after the win.
Snell led the team in passing with 109 passing yards on 3/6 attempts and one touchdown. Hopkins on 11 runs led the team in rushing with 147 yards and one touchdown and Harris led the team with three rushing touchdowns.
This week Nashville will face conference rival the Ashdown Panthers at home. Both Ashdown and Nashville are undefeated in conference play at 3-0. This means the sole owner of number one in the conference will be decided at this game. When asked about the preparations going into the game, Coach Volarvich said he expects them to be a good team and that his team just needs to get better every day and be ready for Ashdown. The game begins at 7pm at Scrapper Stadium.