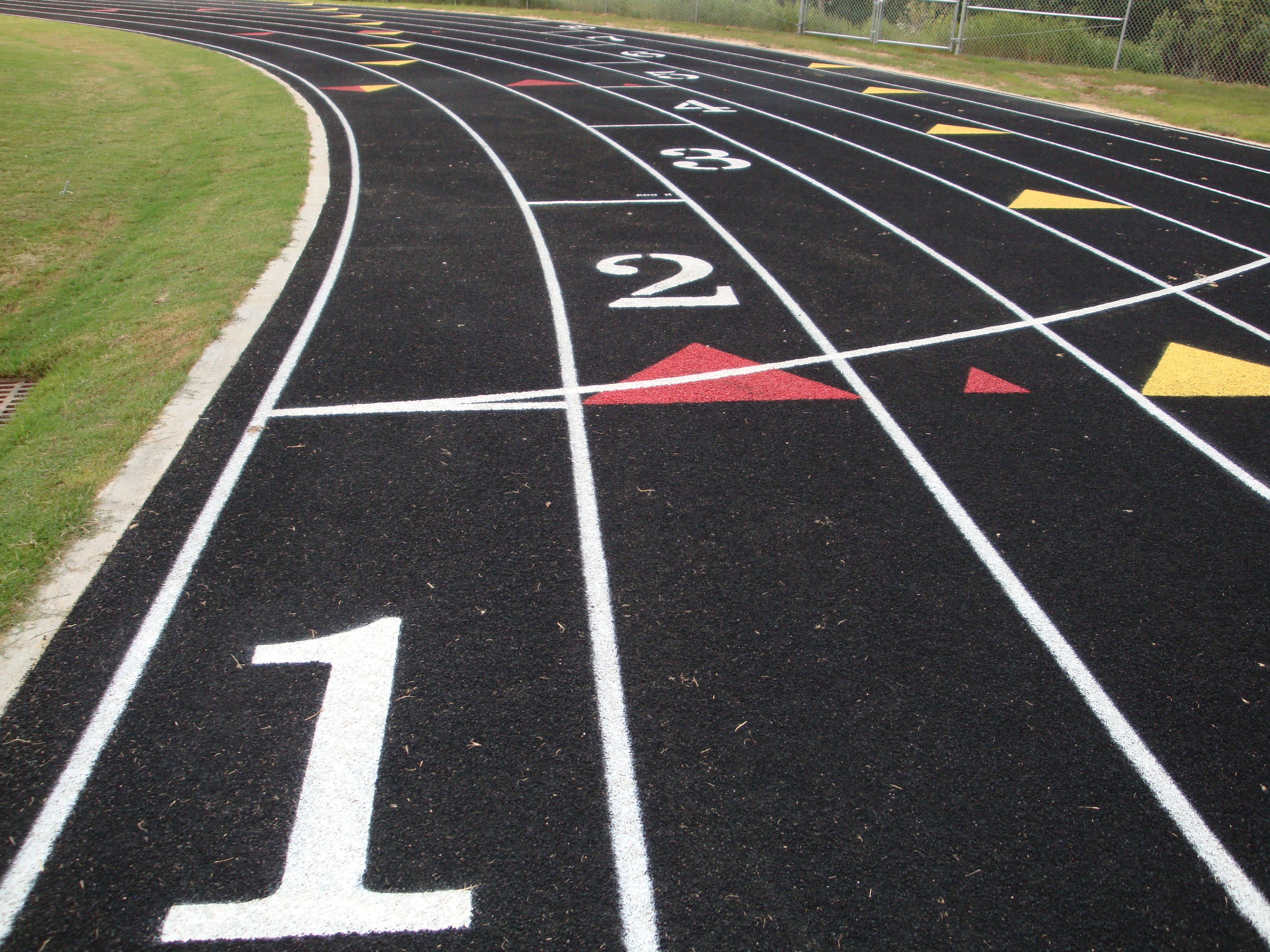 JONATHAN CANADAY
Southwest Arkansas Radio
NASHVILLE – The school board has accepted a proposal from Vibra-Whirl
Sports of Panhandle, Texas to resurface the all-weather track at Scrapper Stadium.
Nashville School Board members considered two bid proposals during
a Monday meeting and accepted the low bid from Vibra-Whirl at $102,340.
Nashville Superintendent Doug Graham says the project will upgrade the
current track that Vibra-Whirl rehabilitated in 2003. The approved proposal
will install a spiketop impermeable structure spray.
“That’s an upgrade of the current surface we have. The impermeable overlay
will not allow water to penetrate. What we currently have … the rainfall goes
down through the rubber, hits the asphalt and disperses. This track should
be nicer to run on and will be very safe for our athletes.”
Graham says he hopes the refurbishment will begin by Christmas. He says
the local high school has turned down offers to host the 4A state track meet
the past two years and hopes to have the track project complete by this spring
to host future district/state meets.
In other business during the meeting, the board accepted a resolution for
the school district’s facility master plan. Schools must keep a list of possible
projects on file for the state facilities review committee.
These projects extend out to the year 2018 and will not necessarily be
funded by the state or the local school district. Graham says these projects
are just ideas that would be considered by the board in the future and include
new visitor bleachers, new roofs, a new bus garage, softball field, agricultural
building, auditorium, safe rooms, and new classrooms.
The board also accepted a resolution to move forward with refinancing a
July 1, 2011 bond issue.
Since current interest rates are below the rates at which the bonds were
sold, the district may reduce its interest expense and overall payments by
refinancing the bond at today’s rates.
Board members gave approval to Stephens, Inc. to structure the refunding
and the 2016 refunding bonds could be sold as early as May of 2016. Stephens
Vice President Jason Holsclaw during his presentation to the school board
said the total estimated savings could be around $675,000 based on present
interest rates. If the refunding is not accomplished or will not save the district
money, then there would be no fee from Stephens.
The Nashville School Board accepted the resignations of Scarlett Butcher
junior high cafeteria manager and Samantha McClane high school food service.
The board made the following hires or approved transfers: Kristen Jones-
ABC Food Service, Darla Lamb- ABC to Junior High Food Service, Lester Stewart-
Custodian at Nashville High School, Willie French- full time bus route, Jerry
Harris- part time to full time bus route, and Louann Vance- part time bus route.
The annual election of school board officers also took place at the meeting
and the board voted to continue rotating the officer positions by seniority.
The Nashville School Board will consist of President Miles Mitchell, Vice
President David Hilliard and Secretary Monica Clark.