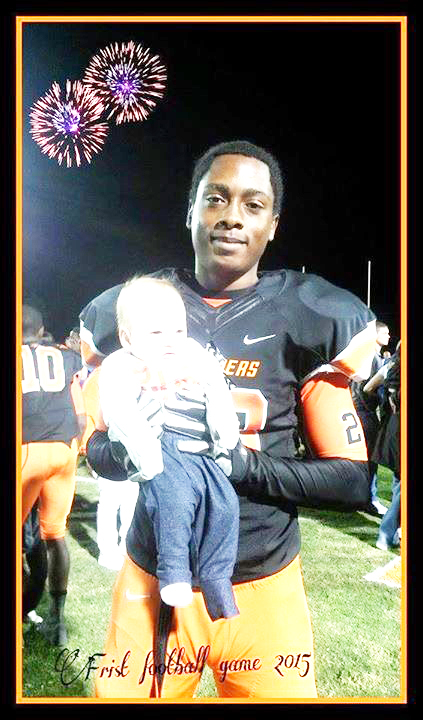 Nashville Scrapper Jacoree Walker holds Kassie Upton after her
first Scrapper football game Friday evening. Kassie’s mother,
Samantha Upton, explained to the media that her daughter “is
34 weeks old…she was born July 12 with a weight of five pounds.
She later went down to three pounds and she has some medical
problems. We didn’t know if she would make it. Friday was her
first football game and the Scrappers won 13-12.” Upton added
that the Scrapper football team “took time after the game to make
my daughter a true Scrapper.”