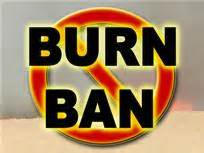 LITTLE ROCK – When you’re packing up for this weekend’s muzzleloader season, check for county burn bans. Currently, 51 Arkansas counties are under burn bans. Visit the Arkansas Forestry Commission burn ban website at www.arkfireinfo.org for a current list of burn bans by county.

According to Arkansas State Forester Joe Fox, this weekend’s prediction of low humidity and high winds makes for a dangerous mix. “Extreme caution should be used with campfires, even in the non-burn ban counties.”

“If the county has a burn ban in effect, it’s also in effect on our WMAs,” said Brad Carner, chief of the Arkansas Game and Fish Commission’s wildlife management division. “Prolonged dry conditions have created a situation where embers from a campfire could allow it to escape a fire pit and create an uncontrolled blaze. Wildfire not only poses a risk to hunters and campers on an area, but it also can damage the infrastructure of the WMA, and neighboring landowners’ property.”

If you are camping in a county without a burn ban, remember to leave the firewood at home as well. Transporting firewood to or on any Commission-owned WMA was banned in October 2014 to help prevent the spread of the emerald ash borer, an invasive insect which is killing native ash trees throughout the eastern United States.

Firewood can easily transport harmful foreign pests and diseases causing other problems to our forests, according to AGFC forester Martin Blaney. “Wood that looks clean may actually be concealing insects like the emerald ash borer,” Blaney says.

Cutting wood is prohibited on WMAs, but plenty of dead and downed branches and trees can be found and used at campsites for your campfire where no burn ban exists. On all WMAs, it is illegal to use or possess chainsaws, handsaws, hatchets, axes, weed trimmers or other cutting devices outside of designated campgrounds. Chemical defoliants also are prohibited.

Visit www.dontmovefirewood.org to learn more about the emerald ash borer and other pests being spread through the transport of firewood.