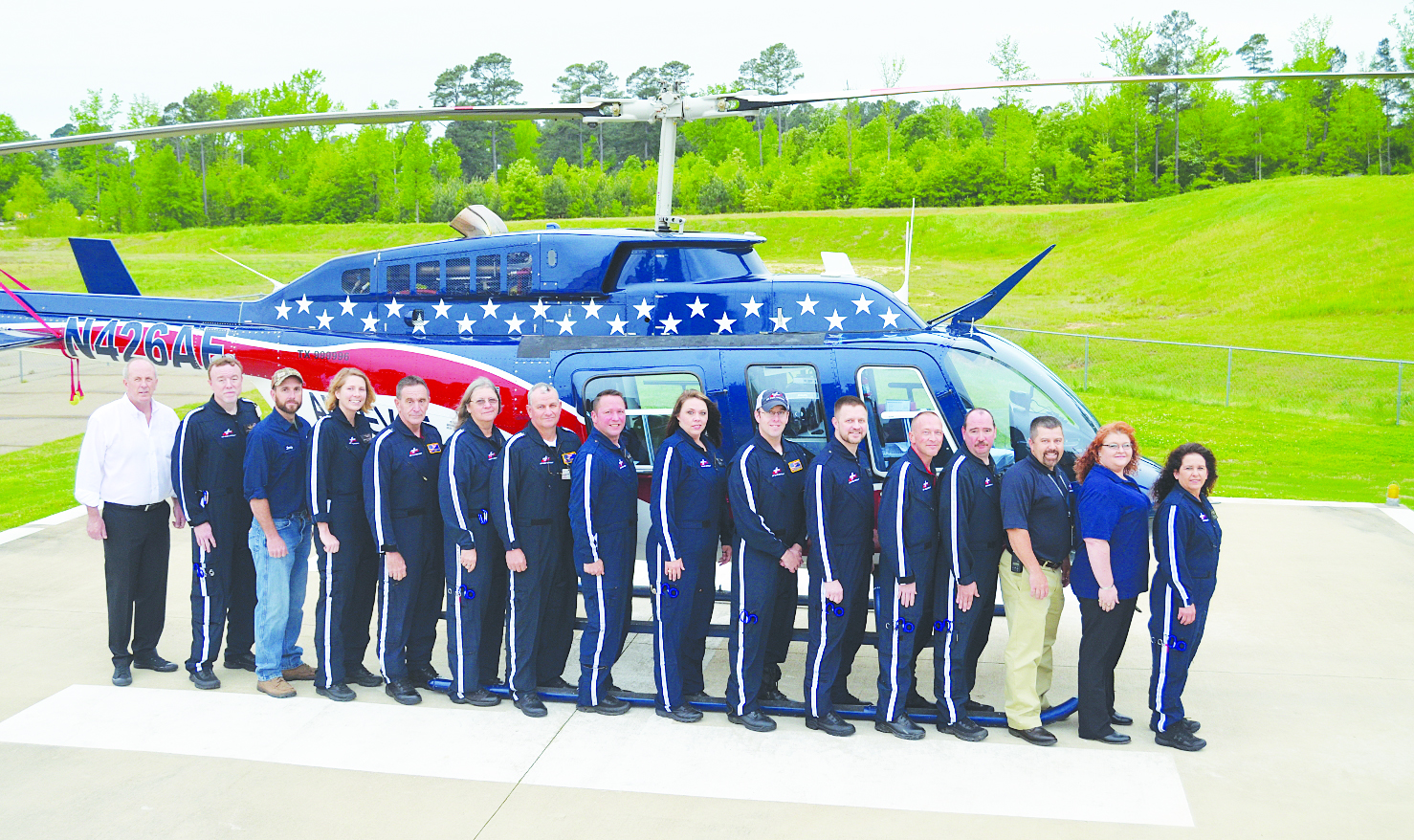 ST CHARLES, Missouri — Air Evac Lifeteam recently held its 2015
National Awards Banquet in St. Charles, Mo., and the De Queen
base and Senior Program Director Michael Perrin were honored
with national awards. The base was named the 2015 Community
Service Base of the Year, and Michael Perrin was honored with the
2015 Leadership Award.
The Community Service Base of the Year Award is presented to
the base in the Air Evac Lifeteam system that has shown outstanding
community service in its market area. John Markham, director
of business development and specialty care services for Air Evac
Lifeteam, said the De Queen employees are dedicated to providing
access for the communities they serve.
“With dedicated course coordinators and educators, the De
Queen base provides multiple American Heart Association classes
and continuing education classes to physicians, nursing students,
firefighters and paramedics, and personnel at its referring agencies,”
Markham said. “The personnel have truly embraced community
service within the service area, which has resulted in
increased awareness. In 2014, the requests were at an all-time
high, and the base is on pace to surpass that mark in 2015.”
Michael Perrin was honored by the company with the
2015 National Leadership Award. A 10-year employee with
Air Evac Lifeteam, Perrin said he was thankful, blessed and
very excited to be considered and chosen for the prestigious
award.
“I love making a difference in people’s lives each and every
day,” Perrin said.
Air Evac President Seth Myers said Perrin was nominated
by his peers as well as those who report to him.
“They described how his actions spoke volumes, and
they feel like they are his only priority when he is coaching
or mentoring them,” Myers said. “Time is never a factor
even though they know he has plenty to do in his own base
service area.”
Air Evac Lifeteam, headquartered in O’Fallon, Mo., is
the largest independently owned and operated air medical
service provider in the United States, with more than 120 air
medical bases across 15 states. Air Evac is the preeminent
provider of helicopter emergency medical services to communities
in need of rapid medical transport to advanced
emergency healthcare. Flight crews, consisting of a pilot,
flight nurse and flight paramedic, are on duty 24 hours a day,
seven days a week to respond to the scene of an emergency,
or provide transportation between medical facilities. For
more information, please visit www.lifeteam.net, or like us
on Facebook.