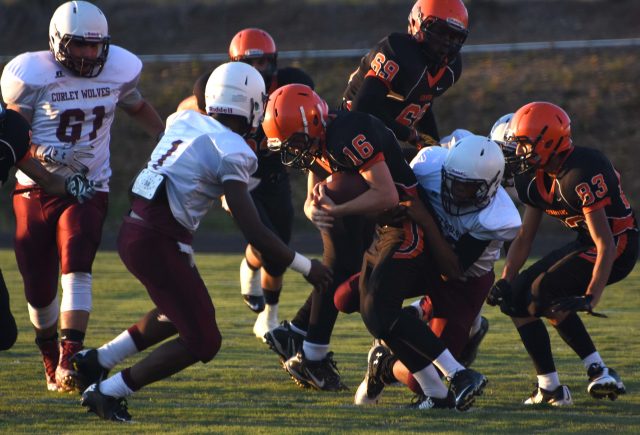 The Scrappers extended their winning streak to 40 straight games.

Nashville scored first on an 11-yard pass from Jake Moorer to Jordan White with 2:29 left in the first quarter. TK Hopkins ran the ball in for the 2-point conversion.

The Scrappers scored three touchdowns in the second quarter to take a 30-8 halftime lead.

Moorer threw 25 yards to Jaydon Medina with 7:55 left in the second quarter. Moorer ran the ball for the two-point conversion.

Moorer ran the ball in from the 3-yardline with 2:09 left before halftime. The conversion attempt was no good.

One minute later, Prescott got on the board on a 65-yard run.

Moorer closed out the first half scoring with 17 seconds left in the half. Hopkins ran for two.

Hopkins scored twice in the second half. His first TD came with 6:04 left in the third quarter on a 3-yard run. The final score of the night came on a 54-yard pass from Moorer to Hopkins with 1:57 left in the third. Both conversion attempts failed.

Medina caught 3 passes for 97 yards and a touchdown.

For the night, the Scrappers had 258 yards passing, 110 rushing for 368 yards total offense.

Nashville held Prescott to 148 yards rushing and none passing.