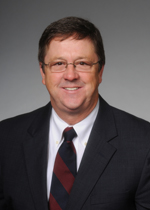 The summer is passing quietly for most members of the Arkansas Legislature, according to State Sen. Larry Teague of Nashville.

Teague and other legislators have kept up with the Common Core Review Council and the council’s report which was issued July 30.

“Common Core is going to be interesting,” Teague said. “We may be changing the name but keeping it. We all knew the name would change. I hope we tweak them and make them better.”

Teague wasn’t sure what the Legislature’s role would be in Common Core.

The complete report of the review council may be found on page 5A.

Teague continues to push for improved Internet service in the state, especially in education.

Last week, he spent 90 minutes with Steven Fulkerson, executive director of the Arkansas Research and Education Optical Network which is connecting higher education in the state.

A federal grant has helped purchase dark fiber, Teague said. The question becomes, according to Teague, “Do we let K-12 on it?”

Unlimited speed and access to the Internet could be available.

Teague said some legislators have attended conferences in the last few weeks. “A lot have been out and about,” he said.