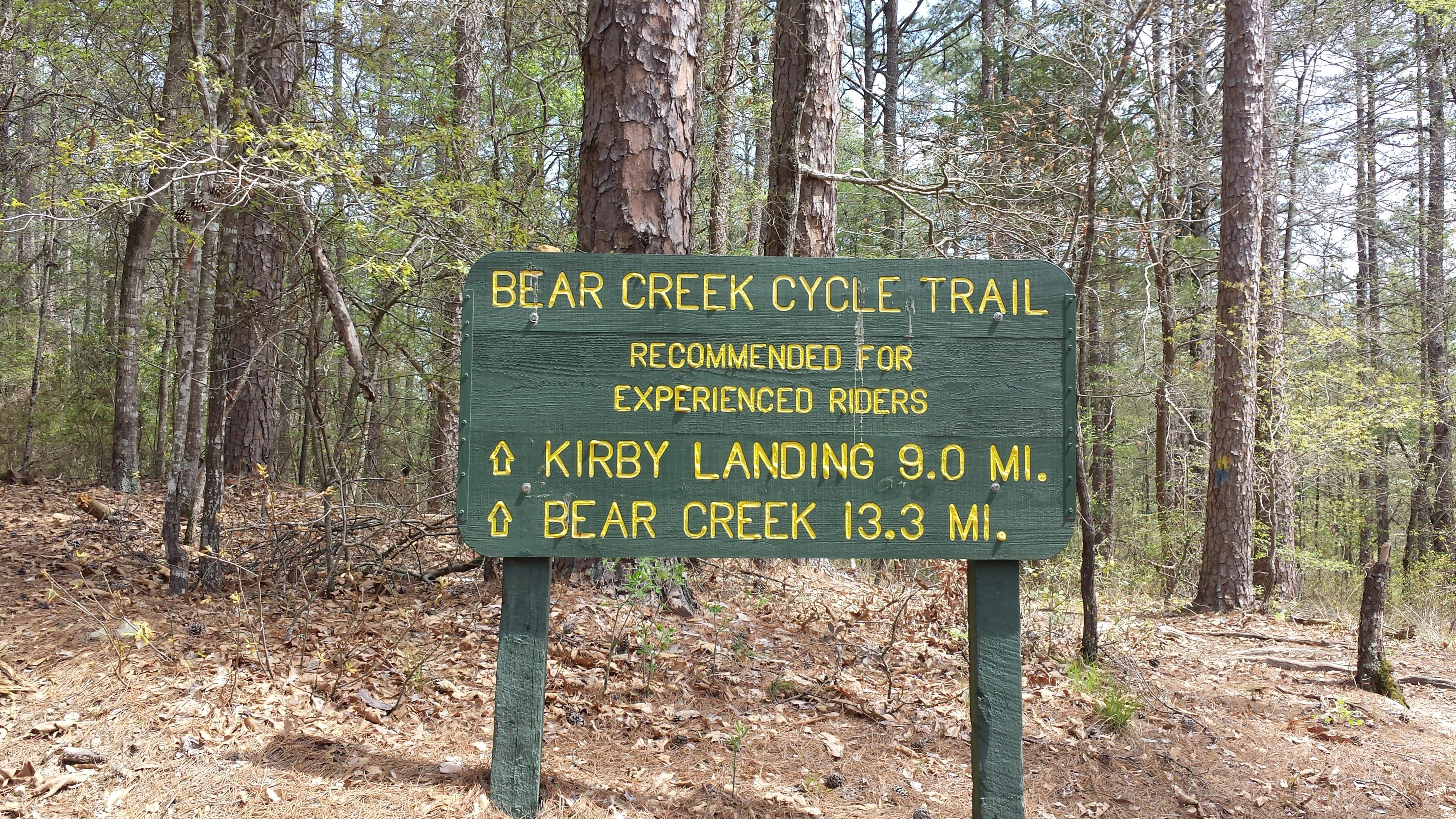 KIRBY — The Arkansas State Parks trail crew is set to begin work on the two and a half miles of the Bear Creek Trail within Daisy State Park on August 17, and this work will require the temporary closure of the first six-mile portion of the trail, according to Park Superintendent Tamara Lunsford.
“Bear Creek Trail begins at Daisy State Park on the lake’s north shore and there is approximately six miles of trail before the next stop at Kirby Landing Recreation Area. This six-mile stretch will be closed from August 17 until early November while this work on the park’s section is underway,” said Lunsford.
This six-mile section from the park to Kirby Landing is the roughest and most challenging part of the 18-mile trail, due to steep inclines and eroded areas. Lunsford noted that the Arkansas State Parks Planning and Development Section, Daisy State Park, and the U.S. Army Corps of Engineers Lake Greeson park managers have been working for over a year to determine the best way to make repairs and establish a safer route.
“I’m excited about this project getting underway.” she said. “We have visitors who come to the park to ride this trail because there are not a lot of trails open to the public that are designed specifically for ATVs. I anticipate this project will make our frequent visitors very happy and attract new visitors to the park.”
Improvements will include a new trailhead parking area at Daisy State Park and a new re-routed section from the trailhead that will connect with the current trail between Daisy State Park and Kirby Landing. Daisy State Park’s portion of the trail is rated for expert riders only due to the steep inclines. For those extreme cycle enthusiasts, current trail sections will be left intact and identified as skill builders.
Lunsford emphasized that the rest of the 18-mile trail which stretches through lands administered by the U.S. Army Corps of Engineers (USACE) from Kirby Landing to Bear Creek Recreation Area and ending near Rough Branch will remain open and unaffected by the trail project. This portion on the lake’s eastern shoreline is rated easy-moderate. ATV riding is prohibited in all of the USACE recreation areas on Lake Greeson. ATV use in the state park is prohibited with the exception of use by individuals with a mobility disability to access park facilities. Trail maps are available at the Daisy State Park visitor center or the USACE resource manager’s office for Lake Greeson in Murfreesboro.
Daisy State Park is 1/4 mile south of Daisy off U.S. 70. It is one of the 52 state parks administered by the State Parks Division of the Arkansas Department of Parks and Tourism.