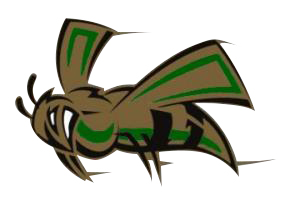 Two former employees of the Mineral Springs School District have pleaded guilty to misdemeanor theft charges related to the findings of a legislative audit, according to Prosecutor Bryan Chesshir.

Cindi Adcock, 51, of Nashville, the widow of former Mineral Springs superintendent, Max Adcock, pleaded guilty to a misdemeanor theft of property charge on Aug. 7 in Howard County District Court. She was fined $490.

Denise Hendrix-Juniel, 48, of Mineral Springs, also pleaded guilty in Howard County District Court on July 9 to a misdemeanor theft of property charge. She was also fined $490.

Chesshir said the theft charges against Adcock and Hendrix-Juniel stemmed from a 2012 legislative audit of the school district during a time Max Adcock was superintendent.

The audit determined Cindi Adcock was paid an unauthorized salary of $7,578. She received $3,290 as a curriculum coordinator but had not been issued a license required by the state Department of Education for the position. Her contract was then altered to add $2,057 for federal programs without documentation of board approval. Additionally, Adcock received a $2,231 bonus for which the audit determined she did not qualify.

Adcock agreed to pay the $7,578 back to the school district to avoid a felony charge, according to Chesshir.

Hendrix-Juniel provided bus services during the school year for all school trips involving the Cossatot Community College University of Arkansas’ Upward Bound programs. The audit determined she submitted timesheets to the district for bus trips for which she had already received payment from the college. The result was the district overpaying her $568 for five bus trips.

Hendrix-Juniel was also found to have altered a contract to receive $300 from another payment from the college for different Upward Bound trip.

Hendrix-Juniel has repaid the $868 to the school district.

The audit also determined Cindi and Max Adcock’s daughter-in-law, Shanna Adcock, who was once employed as a school nurse, was paid commuting mileage from her home address in the amount of $1,108. Chesshir said Shanna Adcock has repaid the $1,108 and no charges against her will be filed.

The findings of the legislative audit led to a complaint against Max Adcock being filed with the Arkansas Department of Education’s Professional Licensure Standards Board Ethics Subcommittee.

The complaint was filed by school employee Rick Hart and resulted in Adcock having his administrator’s endorsement to his state license permanently revoked. Adcock worked 10 years for the school district and was suspended by the school board in 2012.

Max Adcock succumbed to cancer in December of 2014.