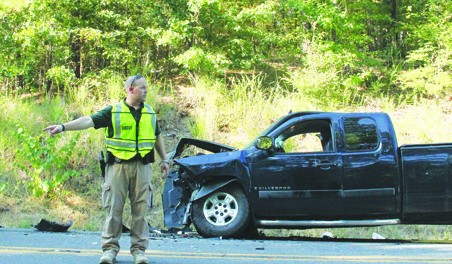 JOPLIN – A two vehicle accident Friday in Joplin claimed the life of a Camp Ozark counselor on his way home in Madisonville, La.
According to the accident report filed by the Arkansas State Police, Noah James Riche´, age 22 of Madisonville, La., was traveling eastbound on Highway 270 when the 2006 Honda Civic he was driving crossed the center line and struck a Chevy Silverado driven by Walter L. Green, age 59 of Mount Ida, who was traveling westbound. The accident happened in Joplin near the Joplin Store. Riche´ was pronounced dead on scene and Green was airlifted to Saint Vincent Hospital due to injuries suffered in the accident.
Riche´ was a counselor at Camp Ozark and he was a fifth year engineering major at Louisiana Tech University. Riche´ was a member of the track team at Louisiana Tech where he threw javelin. He was also a member of the Fellowship of Christian Athletes.
Riche´ was returning home after spending the summer working as a counselor at Camp Ozark.
According to a press release provided by Louisiana Tech stated that he was on his way home so he could participate in a mission trip to El Salvador with his church.