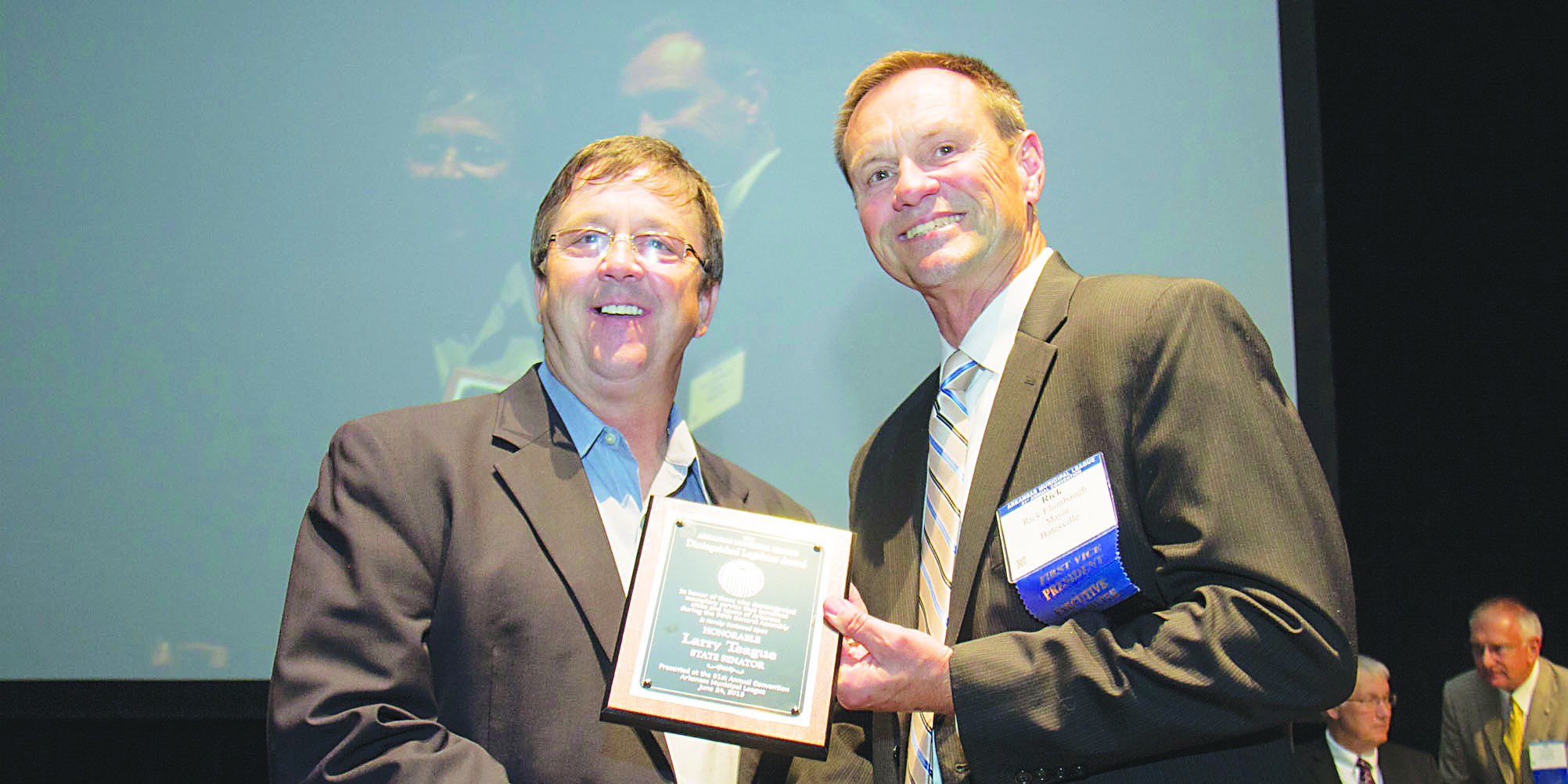 The Arkansas Municipal League, on Wednesday, June 24, presented Senator Larry Teague of District 10 with the organization’s Distinguished Legislator Award during the Opening Night Banquet of the League’s 81st Convention. The award was given in recognition of Teague’s strong support of cities and towns in Arkansas during the 90th General Assembly.
Each legislative session, legislators distinguish themselves by assisting cities and towns of Arkansas with key legislative issues affecting municipalities. This group of legislators, through their actions at the Capitol this past session, were instrumental in contributing to the overall quality of life for the citizens in Arkansas’s municipalities.
The Arkansas Municipal League and its member cities are appreciative of Senator Teague for his efforts in doing so.
The Arkansas Municipal League is a service and advocacy organization for the municipalities of Arkansas. The League has a voluntary membership comprised of all 500 cities and towns in the state and was created to assist cities with information and representation in the public affairs of our state and nation. To learn more, please visit www.arml.org