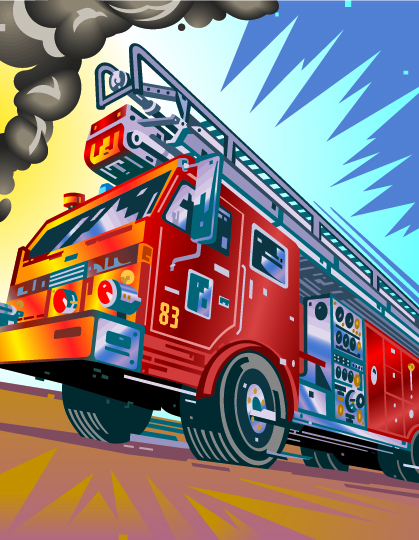 MOUNT IDA – Mayor Jo Childress addressed an issue regarding back pay to the city’s volunteer fire department’s retirement fund during the city council’s July meeting.
According to the Mayor, the city has recently paid $11,207.36 in pack pay and dues to Arkansas Police and Fire Retirement System, also known as LOPFI.
Mayor Childress stated that the past due amount was the result of money that had not been paid in monthly dues to LOPFI over the course of several years. City Treasurer Carlyn Hall explained that no one had told her that the city had to pay a monthly fee for every fireman on the roster.
According to Mayor Childress, the error was discovered when Red Foley, who had served on the Mount Ida VFD several years ago, came to her office wanting to draw his retirement from LOPFI. She discovered that he wasn’t registered with LOPFI. She stated that when she asked the fire chief about it he said that Foley refused to give his social security number to the VFD and as a result had never been added to LOPFI.
Mayor Childress stated that after looking into the situation she discovered that Foley was entitled to retirement through LOPFI and the city was responsible for $5,584.08 in past payments spanning over nine years.
Through the course of their investigation the mayor and treasurer discovered the city’s VFD had other firemen not registered with LOPFI. The city had to pay an additional $5,623.28 to get the dues up to date. There are currently 11 fire fighters on the roster of the Mount Ida VFD. Mayor Childress explained that the city is only responsible for the fire fighters on the city fire department.
She stated that the city’s LOPFI fund had around $10,000 in it. The city transferred $5,000 from the emergency fund to the LOPFI fund to cover the back payments owed.
She added that no one would be allowed to join the fire department from here on out unless they submitted a social security number.
Alderman Debby Baldwin asked about the South Fork fire fighters. The Mayor answered that they were not covered under the city’s plan and assumed that they had retirement benefits through some other source. Baldwin, who is involved with the South Fork VFD stated that she would check into it.
In other business, council members approved an ordinance that allows the city to do business with Able Parts Inc. City Reporter/Treasurer Carlyn Hall is an owner of the business.
Alderman Rick Farmer reported on his recent attendance to the municipal league convention.
He stated that there is state money available for cities to use for street repairs.