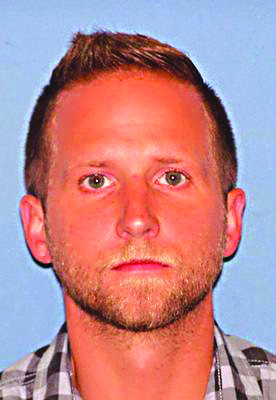 RUSSELLVILLE – A former area youth minister facing charges locally over alleged improper sexual activities has also been arraigned in Pope County on similar charges.
Jonathan Neeley, 31, made a first appearance to face charges in Russellville last Friday in a case that is strikingly similar to the one he is accused in here.
According to reports filed with the courts locally, Neeley is accused of using his position of authority over young people to facilitate sexual relationships with three young women between January 2009 and late in 2010, while he was youth minister at the Church of Christ in Mineral Springs. One of the young women was 17 at the time of the alleged incidents.
The complaints filed by the three young women indicate that the three sexual relationships overlapped, and that at least one of the young women notified Neeley’s spouse after ending the relationship with Neeley. Most of the reported incidents of sexual activity occurred in homes in Nashville, though reports filed with the court indicate that Neeley attempted further contact with one of the young women after she left Nashville to attend college.
The affidavit also states that Neeley had written a letter to the parents of one of the young women admitting the sexual contact and apologizing to them.
Neeley faces a single charge of sexual assault in the first degree in Howard County for his alleged contact with the youngest of the three complainants, as the statute of limitations has expired for charges in relation to the other two.
According to Nashville Police assistant chief Amy Marion, it was known at the time that charges were filed here that another complaint had been made with the state police about an incident in Russellville. She reported that after Neeley’s time in this area as youth minister, he took a position with a campus ministry program at Arkansas Tech University as counselor and minister. The documents filed with the court in Pope County allege that between July 2012 and June 2013 Neeley had another sexual relationship with a young woman who was working as an intern for the campus ministry.
A detail mentioned in the filings in Pope County was that the young woman had questioned Neeley about her fear that they were committing adultery, to which Neeley is alleged to have responded, “God wanted this” – a phrase that is also reported by the complainants in Howard County.
According to reports from Pope County, Neeley has allegedly admitted to the sexual relationship with the young woman in Russellville, but pled not guilty to four charges of sexual assault in the third degree in court.
Neeley is out on $100,000 bond from Howard County and $25,000 bond from Pope County.