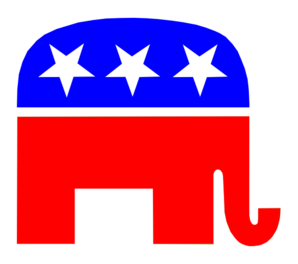 NASHVILLE – Characterizing himself as a long-time Republican who “just didn’t know it,” District Five Justice of the Peace Jerry Harwell announced his intention to leave the Democratic Party Tuesday.
“My family has always been Democrats, I have served on the Howard County Democrat Committee and I have considered myself a ‘conservative Democrat.’ There aren’t many ‘conservative Democrats left,” the former city alderman wrote in a letter dated July 21. “When I first ran for a seat on the Nashville City Council in 1993, I ran as a Democrat. Back then you ran as a Democrat because that was ‘how it’s done.’ When I ran for Justice of the Peace three years ago, I ran as a Democrat. It was still ‘how it was done.’ It’s time for a change.”
According to the letter, Harwell plans to remain consistent in his voting habits, but said he was inspired to switch parties by unspecified events that occurred over “the past several years, and especially the past several weeks.”
“I could run as an independent, but looking at the Republican platform, it is in line with how I believe and reflects how I think government should be run,” he wrote in the letter. “I will therefore be joining the Republican Party.”
By switching parties, Harwell becomes the first incumbent office holder to join the Republicans since the local committee was formed just prior to the last election and the first-ever declared Republican to hold a seat on the Howard County Quorum Court.
Contacted for comment Thursday, Harwell said the letter was “pretty much clear” about the motivation behind the move and that he had nothing to add to its contents. Republican Party Chair Robert Williams echoed Harwell’s sentiments when reached shortly thereafter.
“I think it’s pretty self-explanatory,” he said. “I don’t think there’s anything I could add to it or take away from it.”
Attempts to reach Democratic Party Chair LaJeana Jones for comment on the change were unsuccessful at press time.