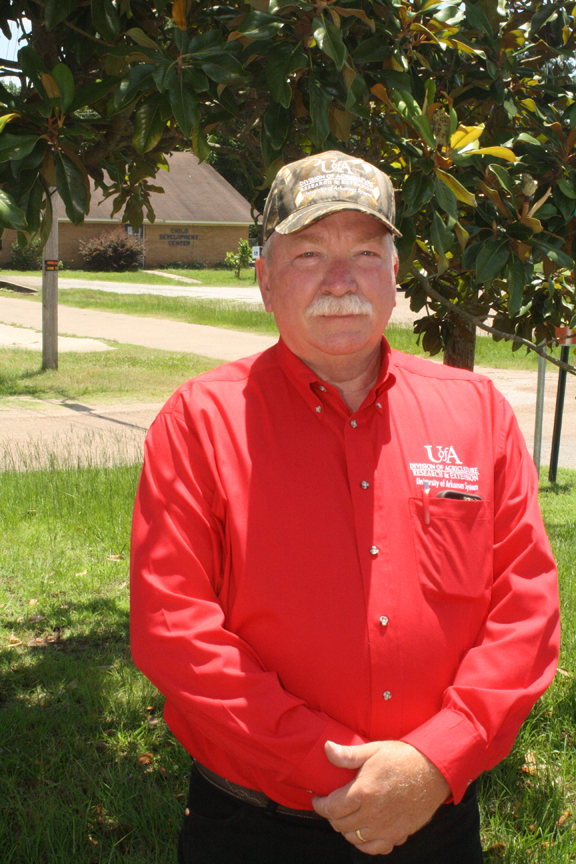 ansas, Division of Agriculture, Extension Service.
McCarter was honored during a reception last Friday afternoon in Murfreesboro. Mike began his career with Extension as an agent in Nevada County for 10 years. He has been in Pike County for 26 years. During these years his office staff has included: Family and Consumer Science agents; Mary Ruth Fallin, Jean Ince, Katie Cobb Cullum, Robbie McKinnon, and Eva Langley; 4-H Program Assistant, Avonne Petty; an Extension Agent trainee, Rex Herring; and Secretaries, Wanda O’Neal and Gay Flaherty
His father, Dan McCarter, served many years as the County Agent in Montgomery County and was instrumental in encouraging him to join the Extension Service. Mike had been a 4-H member while growing up.
McCarter says he has enjoyed the production agriculture and horticulture part of his job. Working with the cattlemen and all of the people of the county has been rewarding. However, he says he will miss the 4-H kids the most. He has helped so many develop into outstanding young people during his career.

MURFREESBORO – Mike McCarter will be leaving with a lot of good memories.
“There’s too many to talk about,” said the retiring Pike County Agricultural Extension Agent for the University of Arkansas.
McCarter has been at his post for 36 years.
“I will definitely miss it,” added the soft spoken man at a reception honoring his service held recently in Murfreesboro. “I’m a man of few words,” McCarter admitted. He went on to say he really enjoyed the beef forage end of the service.
“I’m going to miss the people I get to deal with, the farmers … but most especially, the 4-H kids. They’re fun … I’ve never gotten chewed out by a kid. The kids really are a lot of fun, especially when you don’t have to do it full-time … I don’t have enough energy to stay after them all the time. But that’s the most enjoyable part of the job – getting to deal with the kids, not only the fun you have with them at that time, but reflecting back from the tie that they were little five year olds and wouldn’t speak to you and they get to be 18 or 19 and are doing public speaking, winning awards at the state level and things like that. That’s very gratifying.”
McCarter also denoted that since 4-H is “built on volunteers” there would be nothing keeping him from working with the kids in the future, however, “we don’t want to tell the ladies in the office that right now.”
McCarter stated he will really miss working with his co-workers.
“I’m going to miss that bunch – they’re the most easy to get along with people – they’re probably doing cartwheels the day after I don’t come in. I will miss all of them – they’re good people.
As with any job, there are some downsides, however. McCarter stated he would definitively not miss the paperwork and trying to keep up with the technology.
In fact, McCarter said the technology changes — “general changes in production agriculture” — have been the biggest constant over his more than three and a half decade service.
Being a county extension agent was an easy path for McCarter to find – his father, Dan, was an agent for Montgomery County.
“When I graduated from college I had another job, after a couple of months I decided that was not what I wanted to do for a career – and Dad asked me if I had ever thought about going to work for the extension service. I replied ‘not really,’ but decided that it would look really good on a resume. So I applied for the job, got it, and 36 years later I haven’t found a job that I thought would be a more enjoyable career.”
McCarter won’t be bored in his retirement, however.
“I’m going to go home, try to clean up my farm (which he confesses is “small and piddling”) and do some stuff I’ve been putting off and not had time to do,” quipped McCarter, stating that it will make his wife Laurel “very happy … because she’s got a list [of things for me to do]. It will take me a minimum of a couple of years to get through.”
McCarter said the he has about 100 acres of farmland with grapevines and stuff he “enjoys playing with.”
“This is God’s country – if you can’t be in northern Arkansas, Pike County’s the place to be.”