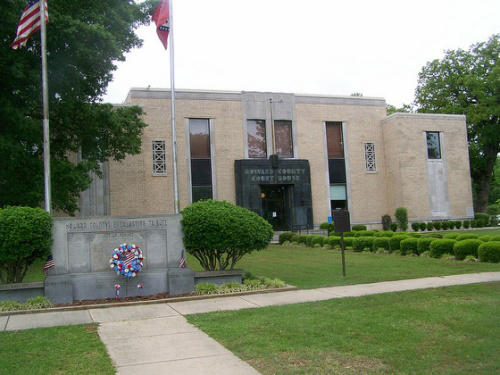 A grant of nearly $12,000 received last week will be used to upgrade the emergency response system for Howard County Courthouse offices.

The check from the Arkansas Administrative Office of Courts was received last Thursday, although Circuit Clerk Angie Lewis, who had sought the grant, had been advised earlier that the request was successful.

Lewis said that she would order the upgraded equipment within a matter of days.

The emergency response system has been in place since before 2008. Offices in the courthouse, and of the prosecutor and deputy prosecutors, and the district court nearby to the courthouse, had “panic buttons’ which silently summoned law enforcement officers in the event of a threat.

Sheriff Bryan McJunkins said that the existing system had been used several times, in addition to a few times when the button was accidentally pressed.

Lewis said that the upgraded system will not only summon officers to the needed office, but will warn courthouse personnel in other offices of the danger so that they may get safely away.