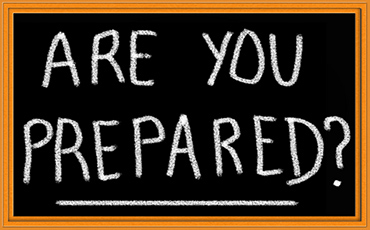 The Glenwood City Council met Monday night to discuss, amongst other issues, the passage of their “Arkansas continuity of operations program” (ACOOP) in the case of a dire emergency/disaster to the City of Glenwood.
The succession plan for the Mayor of Glenwood has been set as such, should the mayor perish in the calamity:
1. City Recorder/Treasurer
2. Position #1 South Councilman
3. Position #2 North Councilman
4. Superintendent of Water, Sewer, Street
In addition, a line a succession was also set for the Glenwood Chief of Police within the organization:
1. Captain
2. Sergeant
3. Instructor Sergeant
Should the town no longer have the facilities to be able to hold a meeting, a cooperative agreement was also entered into with Pike County such that a room would be provided at the Pike County Courthouse on the second floor as a means of an alternate location. According to the official paperwork, the City of Glenwood would also be charged pro-rated fees for utilities, maintenance and janitorial for the time it occupied the courthouse.
The council unanimously approved a “Color Out Cancer 5K” race that will be held in Glenwood on September 19. The event, sponsored by Diamond Bank, will benefit the American Cancer Society. The council was told the event would have 19 volunteers.
Frankie Wilson told the council that loaded trucks — especially log trucks — were using city streets.
“Log trucks don’t need to be running up and down the streets,” Wilson said, noting that the street were not designed to bear the weight.
Mayor Ron Martin also declared the practice a safety issue — especially when the trucks were parking in town, allowing kids access to the loaded trucks.
Trucks have been seen using Park, Clay and Lakeshore, and with the council’s permission, signs stating “delivery trucks only” will be paced in key locations, much like the “no thru trucks” sign that is currently visible on Third Street.
The council also approved Centerpoint’s School District’s plan to place signs on Highway 70 stating some variety of “Welcome to Glenwood, home of the Centerpoint Knights.”
“If the state highway department okays it, it’s okay,” said Mayor Martin.
After a question by alderman Chuck Voan was posed as to who exactly was on the insurance coverage by the police force, Mayor Martin said that they would get a list together, as well as look into an inventory for each department in the city, stating that the list may well be outdated and he wanted to avoid any issue with automotive accidents having to be paid. Additionally, he mulled that some guns and badges could hypothetically be unreturned.
A meeting with Montgomery County Judge Sammy Jones will be set to discuss properties located inside Glenwood city limits but outside Pike County being moved onto the local 9-1-1 list.