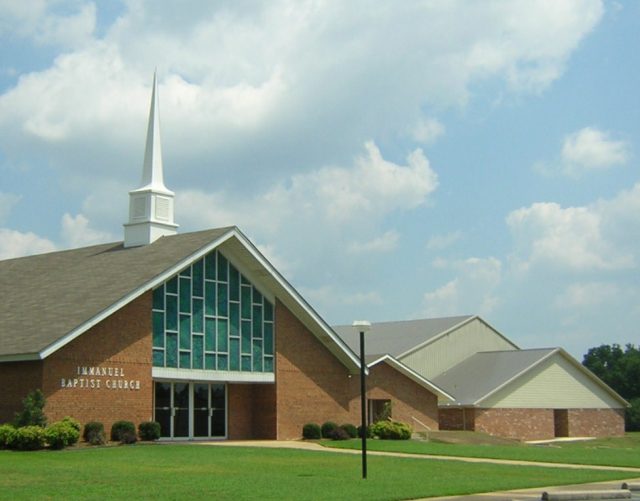 Immanuel Baptist Church of Nashville will celebrate its 90th anniversary Sunday, June 14, with a special worship service starting at 10:30 a.m.

Former pastor Glen Green will preach during the service, according to anniversary planning committee member Mark Cassady. Former pastor Elton McCann will deliver a charge to the congregation “for the next 90 years,” Cassady said.

The service will include special music, possibly from former staff members.

Lunch will be served, and an afternoon program will include music, testimonies and reflections on the church.

Dr. Thom Copeland is writing the history of Immanuel Baptist, Cassady said. It will be finished after the anniversary event.

Cassady said the committee is looking for a picture of the church’s original building on South Front Street.

Organizers have a number of other pictures of the other buildings and events, but they are asking for the picture of the original facility.