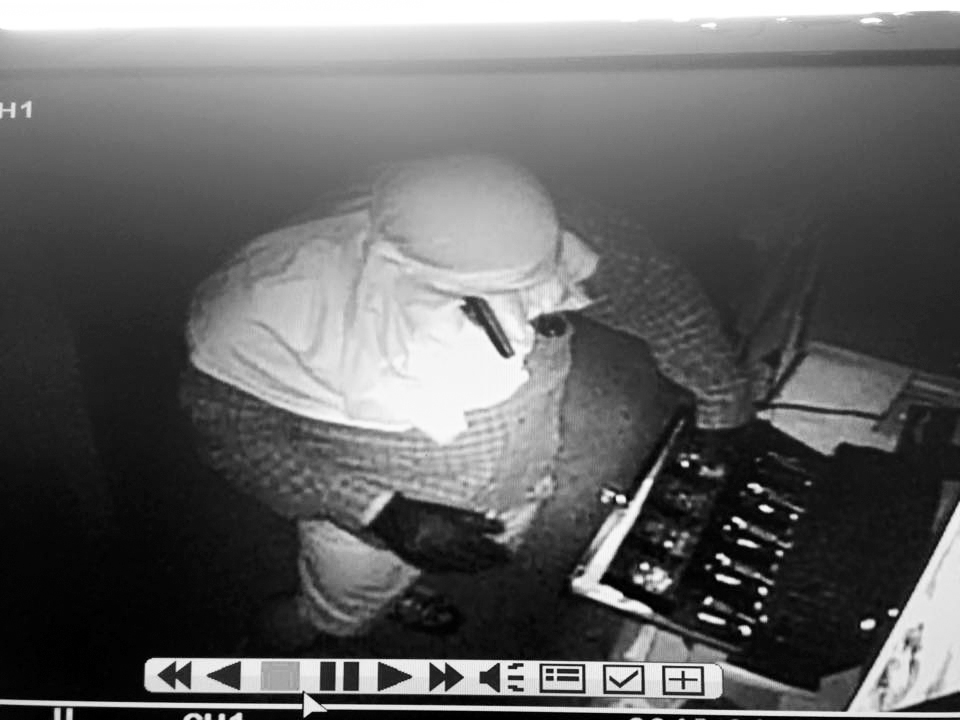 NWOOD – Glenwood Police, in conjunction with the Pike County Sheriff’s department, is conducting an investigation into the break in of Glenwood Country Club earlier this week.

In the wee hours of the morning early this week a disguised person gained access to the Country Club, making off with between seven and eight thousand dollars in cash and merchandise, which included ten Calloway Big Bertha drivers valued at $500 each, a box of Puma golf clothing that hadn’t even yet been inventoried by the store, 44 dozen Titleist Pro V-1 golf balls, as well as some other various Titleist, Calloway and Nike balls and club covers.

Via surveillance video, authorities have been able to view much of the crime spree and the actions of the perpetrator.

Glenwood Police Chief Randy Reid said that the first view of the person is located outside the establishment while wandering around the parking lot. Soon thereafter, an outside camera is adjusted upward and that viewpoint is lost.

“It was pointed straight up against the building, the [person] probably had to have a stick or something to do that with, because I don’t know if a seven foot person could reach it,” said Reid.

Twenty to thirty minutes later, video shows a rock being thrown through the glass front door, at which time a person runs in, quickly grabs a safe, and exits the building.

“It was really fast, and that was it for over 30 minutes,” said Reid. “And the guy comes back in and he was completely covered from heat to toe … he was just as calm, cool and relaxed as can be.”

The video then shows the person mulling around the store, collecting bags and filling them full of merchandise, enters the back offices to pilfer, and then used a dolly to move the merchandise outside of the pro shop.

The suspect then returned to gather boxes of golf balls, “the most expensive ones, of course,” said Reid, and took those out the back door.

“This was the only time he used the back door, why not still go out the front door? I don’t know,” added Reid.

Many of the stolen balls contained custom logos that identified them for use in the club’s various golf tournaments.

“I don’t know if they’ve been casing the place for a while, but they fully expected the alarm to go off,” said Reid.

Recent glitches in the alarm precipitated the system being turned off that particular night, and according to Reid, it is likely that the person went and parked after the initial smash and grab to observe the reaction.

“They watched and nobody showed up, and they took it for granted that nobody would,” stated Reid. “When he come back in the second time he finds the alarm and looks at it.”

Reid notes that the country club was broken into around three years ago, and that it is possible the incidents are connected, plus, he asks that the public be vigilant toward any information that might help break the case.

“The balls could easily be sold on the side of the road … if anybody is driving around and sees someone selling Titleist brand golf balls, especially with a custom logo – beside Pro V-1 it will say something like Racetrack Tournament, Club Tournament or Snowman Tournament in red ink, then I would greatly need to know about that, no matter where it is in the state,” said Reid.

In addition, according to their Facebook post, the Glenwood Country Club is offering a reward for information that leads to the arrest of the person(s) involved.

Reid states that the investigation is ongoing and leads are currently being pursued.