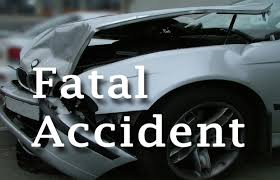 GLENWOOD – A two-car accident in rainy conditions last Tuesday night near Glenwood left one woman dead and another injured.

According to the Arkansas State Police summary, the accident occurred at 8:27 p.m. on US Highway 70 west of Highway 182 in Montgomery County when Jennifer Jean Wright, 56, of DeQueen lost control of her vehicle – a 1999 Dodge Pickup truck – on the wet pavement and crossed the centerline.

After crossing the centerline, Wright struck Vanessa Hamilton, 23 of Norman. Norman was driving a 1999 Cadillac Deville while traveling east down the highway.

Wright, who was pronounced dead a short time later, was being held at Davis Smith Funeral Home in Glenwood.

Hamilton, who sustained injuries in the accident, was transported to CHI St. Vincent’s Hospital in Hot Springs for treatment.

The accident marked the 139th fatality on Arkansas roads in 2015 according to the Arkansas State Police website, www.asp.state.ar.us/fatal/index.php.