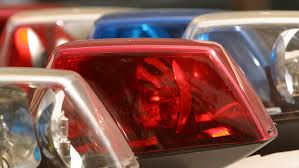 LIBERTY COUNTY, TX – A Nashville man was arrested early this month on drug charges after authorities allegedly discovered a large quantity of suspected marijuana in his possession.

According to information provided by Sheriff Bobby Rader’s Criminal Interdiction Unit, 48 year old Wayne Emmitt Hupp was taken into custody March 3 after a unit “stopped a blue Chevrolet van from Nashville … at approximately 11:30 a.m. in the 800 block of Highway 59 near Cleveland, Texas.” Police say the vehicle had defective brake lights.

When officers made contact with the driver, later identified as Hupp, reports allege they “could smell a strong odor of marijuana coming from inside the vehicle.”

Hupp allegedly admitted to using the controlled substance, and a subsequent search of the vehicle turned up 11, one pound bundles of suspected contraband.

Hupp was arrested and transported to Liberty County Jail. He faces a charge of possession of marijuana (more than five pounds but less than 50 pounds), a third degree felony in Texas.