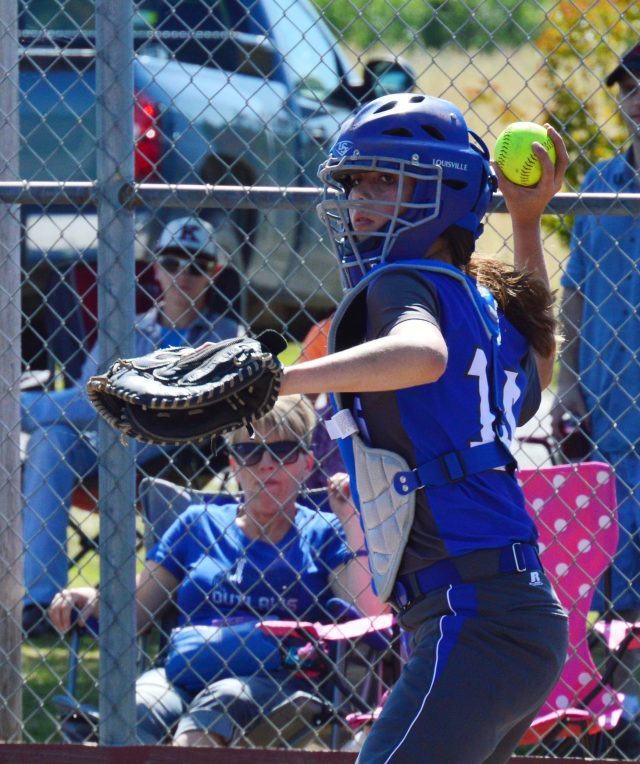 UPDATE 2: The Dierks Outlaws lost to Woodlawn, 2-1, in their opening game in the South Regional Tournament at Woodlawn High School.

Dierks High School’s Outlaws and Lady Outlaws will enter the South Regional baseball and softball tournaments this week after finishing in the Top 4 during the 7-2A West district tournaments held last week in Murfreesboro.

The Lady Outlaws earned their fourth-place finish by opening the district tournament with a 10-0 win over the Gurdon Lady Go-Devils. Dierks used 10 hits and 3 Gurdon errors to jump out to a 5-0 lead in the first inning. They added another run in the third inning and 4 in the sixth to end the game early.

Melanie Kesterston went 3 of 4 at the plate with RBIs followed by Adriana Walston with 2 hits and 2 RBIs and Kyla Kompkoff with 1 hit and 2 RBIs. Also producing at the plate for Dierks were Madison Burgess, Miranda Mack, Stephanie Stuart and Alexis Simmons.

Simmons worked the mound for Dierks and allowed the opponents only 1 hit. She posted 5 strikeouts and 0 walks in six innings.

Against Springhill, the Dierks bats cooled with Hill collecting the team’s only 2 hits of the game. The Lady Bears, who finished second the tournament behind Foreman, chipped away at Simmons for 8 hits for the 5-0 win. The Dierks pitcher had 0 strikeouts, 4 walks and gave up 5 earned runs in six innings.

Both teams had 2 errors in the field.

The Lady Outlaws close out district play with a 9-6 overall record.

The Outlaw bats produced 9 hits against the Blevins Hornets in the district tournament and plated 8 runs in the second inning en route to the 13-0 win.

Woodruff held the Hornets to 2 hits in the five-inning game. He threw 5 strikeouts and 1 walk to help keep the Hornets away from home plate.

McWilliams and Smith worked the mound for Blevins, allowing a total of 9 hits and combining for 5 strikeouts, 3 walks and 6 earned runs.

Both teams had 1 error in the field.

Both teams had a minimal number of hits in the tight battle, which stayed tied at 0-0 until the third inning when Murfreesboro took advantage of 2 of Dierks’ 4 errors in the game and plated a single run.

Dierks fired back in the top of sixth inning when Kesterson hit his second home run of the tournament to tie the game at 1-1. The Rattlers responded in their bottom half of the inning when designated hitter Adam Bailey drove in the winning run with a single to right field.

Kesterson had 2 hits on the night with Turner and McKinney each collecting 1 hit.

Kesterson and Dunn shared duties on the mound, giving up 4 hits, striking out 5 and walking 2.

Tyler Gilbert got the win for Murfreesboro, giving up 4 hits, striking out 16 and walking 6 in seven innings.

The Outlaws turned 2 true double-plays and also doubled-up a runner on a fly ball against Murfreesboro.

The Outlaws close out district play with a 13-4 overall record.